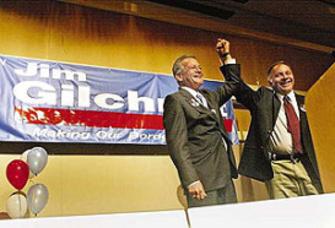 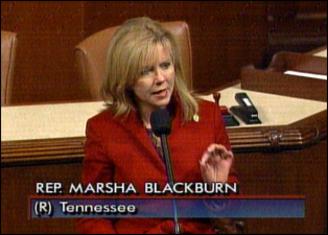 "Let us not seek the Republican answer or the Democratic answer, but the right answer."

Election Impact Group was formed out of a love for politics by Howie Morgan while in college at Ole Miss. Active in campus government, winning campus elections, and immersing himself in local politics - a career was born.

This activity led Morgan to realize that helping others win elected office is really what he wanted to do. Good people around him were running for office, but no one seemed to know what it took to win. Using experience gained in Washington, DC he began using the tools of the political craft from his experience working with general consultants, polling firms, direct mail companies, and political strategists to train his clients on what they really had to know in order to win.

Although immediately successful in taking his newfound knowledge to work in races recommended to him by Virginia GOP Committeeman Morton Blackwell (winning 4 of his first 5 elections, including a 5 way GOP primary), Morgan received his first major task when called by Tennessee State Senator Marsha Blackburn. Senator Blackburn tapped Morgan to lead her open seat challenge for the 7th Congressional seat of Tennessee. With only 4 months to work with, the Blackburn Team handily won a 7 way GOP primary. Three of these opponents raised $250,000 for their respective campaigns, but they were no match for the $400,000 raised by the Blackburn Team in this same time period. This victory placed Election Impact Group on the national political map and earned EIG public praise by former Republican National Chairman Haley Barbour.

Right after working with Congressman Blackburn, Morgan immediately returned to Mississippi to help fellow conservatives win office. EIG became involved in races across the state for seats on the Board of Supervisors, House of Representatives, and State Senate. These races included a Democratic primary win against a 10 year incumbent which was the closest race in the Mississippi State Senate. With over 13,000 votes cast EIG's client won by just 200 votes. It was his 3rd try to get into the State Legislature, but it was the first time he ever hired a professional consultant.

With a now impressive record of 15-3 in primary and general elections, EIG was called to New Jersey to work with the Congressional campaign of George Ajjan. With EIG's help Ajjan immediately was able to raise $140,000 in 90 days, and quickly earned international acclaim for his campaign by Dutch and French media, as well as earn the title "the voice of the GOP" by Al-Jazeera TV. At this time EIG was also called to work with the Congress of Racial Equality to form a chapter in the state of Mississippi. National media was giving attention to the trial of Edgar Ray Killen for the 1964 Civil Rights murders, and EIG was tapped to handle all public relations on outlets such as Court TV and CNN. Election Impact Group also at this time had worked political and campaign roles, both large and small, for over 50 organizations in over 12 states.

In August of 2005 EIG was asked to quickly come to California to run a race for US Congress for Minuteman founder Jim Gilchrist. This surprise special election put Gilchrist 60 days behind the other 15 candidates in the race, but despite being third party in just 45 days EIG helped raised over $200,000. The 2 week campaign jumped Gilchrist from just 6% in the polls to 27%. Simultaneously the GOP consensus candidate went from 52% to 37%, a combined 37 point drop in the polls!! Truly a stunner. By the date of the General Election EIG helped raise $750,000 for the campaign, and the election results had a third party candidate reaching 25% in an US Congressional election for the first time in over 40 years!

In 2006 EIG worked with 2 races for US Congress including the Mark White campaign in Memphis, TN. On July 4 White was polling at just 15%, but on Election Day 30 days later White received 65% of the primary vote!

Election Impact Group has formed dynamic partnerships with firms all over the United States in polling, direct mail, fundraising, internet, media buying, production, art design, printing, and so much more - we are ready to work for you! If you are a serious candidate, have the ability to take suggestions by our team of experts, and truly want to WIN - contact us today.

Our record speaks for itself. Our commitment to winning by earning win bonuses, instead of draining your campaign with high monthly fees, shows we are serious about your campaign. We want to win. Do you?